History and Rituals of Holi

History and Rituals of Holi

The festival of colours, “Holi” endows us with such special moments in which we can distribute love and compassion with our near and dear ones. People leave all the grudges in past and try to move on while celebrating the occasion of Holi.

As per Hindu scriptures, Holika Dahan commences on the evening of Purnima (Pradosh Kaal), after Bhadra, in the month of Phalguna.

In actual, Holika Dahan is the main reason behind the revels of this festival. Typically, there exist a plethora of myths which are supposed to be the main intellects but here is the description of the most famous myths among all.

The myth is about the tale of a Vishu disciple Prahalada due to which we celebrate Holi. But his father Hiranyakashipu was an arrogant and witty person. Who could never tolerate anyone rising above him. 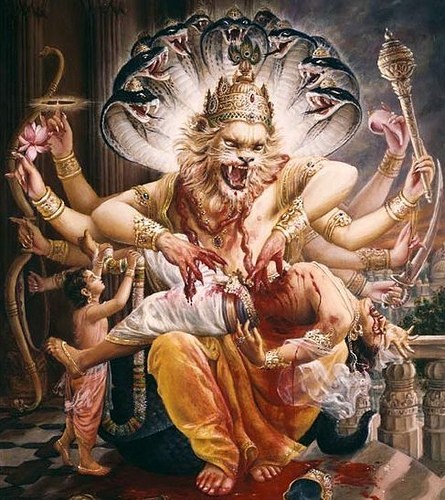 Harinyakashiou got killed by Narsingh Avtar of Lord Vishnu

So, Same happened when Prahalada refused to worship him in place of the God Vishnu. And then, his father tried his best to punish Prahalada. Actually, his father had a boon. That nobody could kill him. Neither the human or animal, in outdoor nor indoor, in day or night, by ashtra nor by shastra (weapons), neither in land nor water.

But, when they forced Prahalada to sit on fire in the lap of his aunt Holika. Then Prahalada survived and Vishnu killed his father in the role of Narasinha(body of half human and half lion ) at dusk. And yes, between the boundary line of door, in his own lap, by lion claws.
Since that day, Holi celebrations occur on a particular day. Where Holika bonfire symbolizes the victory of goodness over the evil power. And, Holi as the celebration of that victory.

Sikhs have been celebrating the festival of Holi since the 19th century. Because the last human Sikh Guru, “Shri Guru Gobind Singh” presented it as a festival of three days. Among Sikh religion people, this festival called “Hola” or “Hola Mohalla’. In which people show martial arts and many other activities. 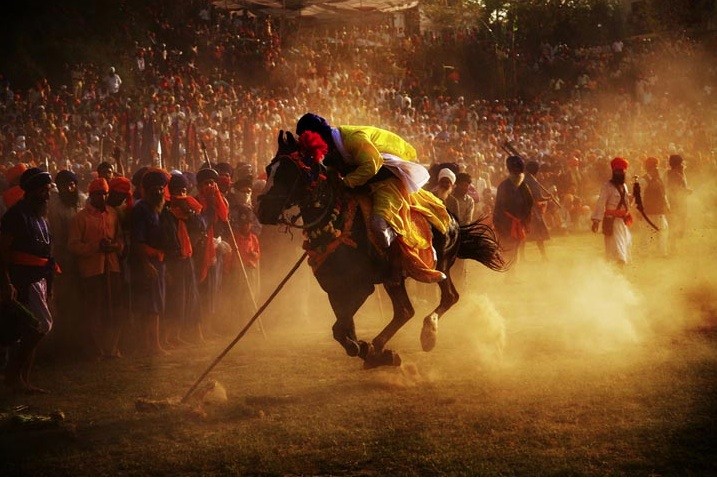 As per the pages of history, the credit of its initiation goes to Maharaja Ranjit Singh. Who used 300 mounds of colours in Lahore along with his other officials in 1837. From that day, Holi getting celebrated among Sikhs with full enthusiasm.

Here is the list of rituals performed on the spring festival “Holi” which may vary as per different cultures and regions. People celebrate Holi on the last full moon day of Hindu Calendar.
They lit bonfires as Holika Dahan, one night before the main celebrations.
Holika Dahan comprises a huge gathering in which singing, dancing, and other cultural activities.
On the primary celebrations of Holi, people put colours on the faces of their family, relatives or friends in powdered and liquid form.
At some places, people also play DJ music during celebrations to dance and enjoy.
In a northern part of India, Holi has celebrated quite a unique way. Where women hit the men with a stick(lath) or soft ropes of cotton clothes. During this men save themselves with shields and pouring water and colors on women.
See our Best Places to Celebrate Holi Guide.
Over and all, every region has its own myth, name, and rituals as per their cultures and customs. But, the main purpose of Holi is to scatter happiness everywhere and leave the conflicts behind.