Holi “Festival of Colors” one of the ancient Indian and Hindu festival which has become popular with non-Hindus in many parts of South Asia, as well as people of other communities outside Asia.
When the festival is all about celebrating the victory. And yes, making merry and spreading love, then it does not affect much the place you are enjoying it. All that matters is the presence of your kith and kin who are the main part and element of joy to you.
In parallel with this, it is also a fact that some places have quite unique and heart touching rituals. Which everyone wishes to explore at least once in their life. Thus, I have tried to make the list of some exciting places where you would not miss a chance to visit.

As per Hindu Myths, one of the myths makes people believe that Radha and Krishna’s Leela is the main reason behind the celebrations. Due to which, people of Vrindavan and Mathura. The childhood and birthplace of Krishna rejoice the glory of Krishna and Radha for the whole week in the form of Holi happenings. 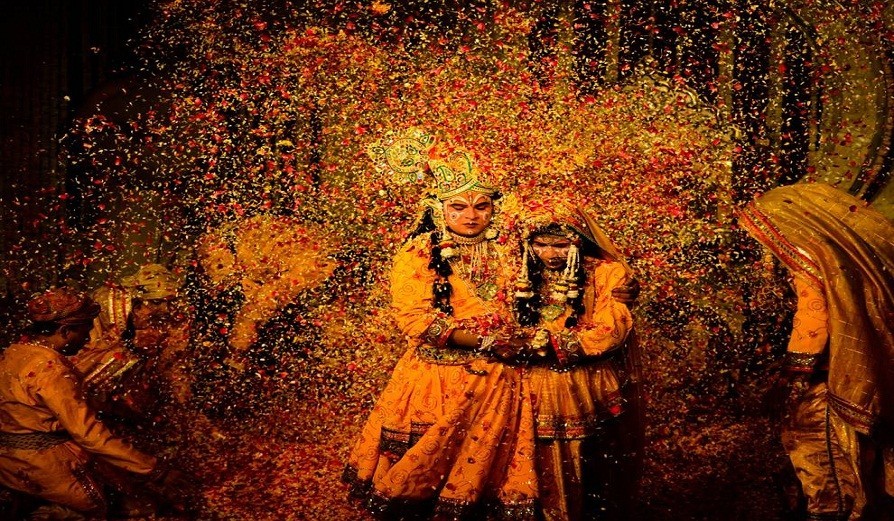 Every pilgrim and Krishna devotee will love to enjoy the Festival at Banke-Bihari Temple. So, you will experience immense ecstasy and peace of mind in the air of this place. Every second spent here is like a day spent in the lap of God.

In this male patriarchy world, it is quite a unique act to see the celebrations. Where men are being beaten by the women. In this region women usually have to hide their faces under a veil. 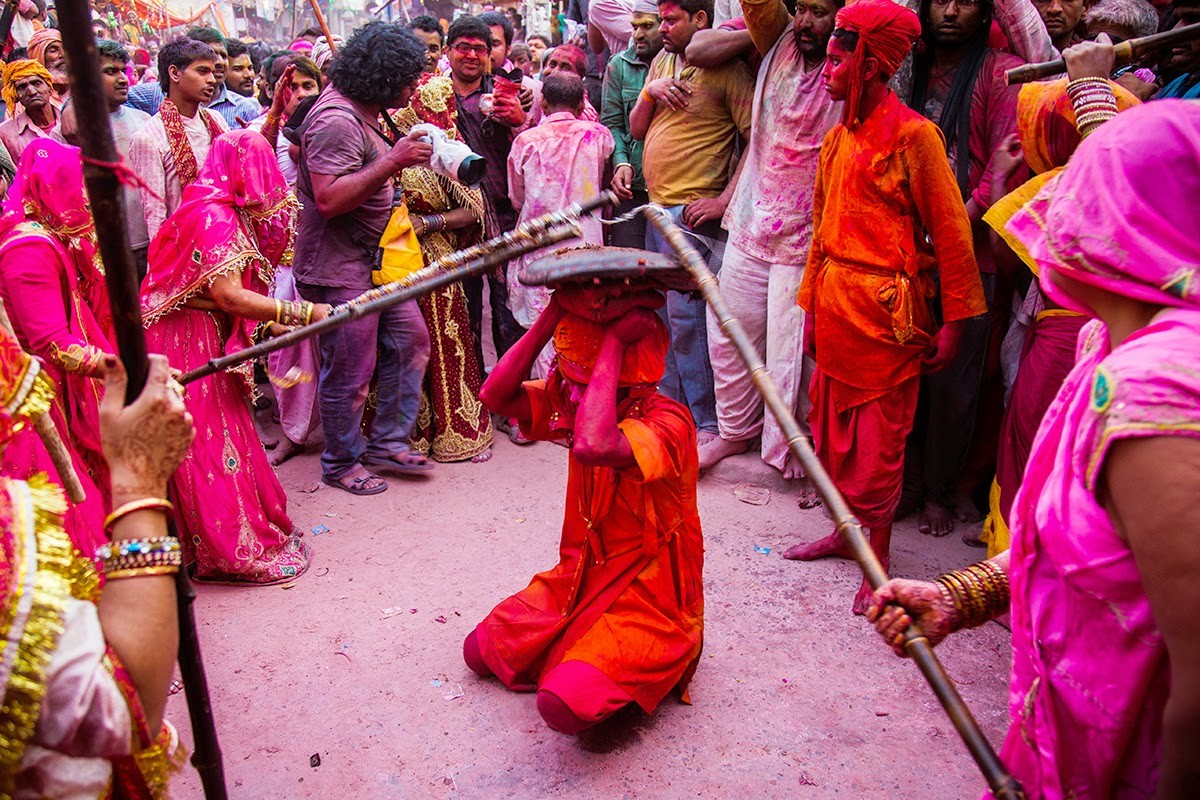 You might be wondering if it’s true or not, but this practice is the way of Holi celebrations in Barsana and Nandgaon. Located near Mathura (Uttar Pradesh). In this place, women beat men with stick and men supposed to save themselves using a shield.
This Lathmar Holi is worthy to enjoye ,but yes not endorsed for solo female tourists due to safety reasons.

In the Purulia district of West Bengal. People celebrate Holi with the performances of folk activities. In its three-day celebrations, Baul musicians usually roam from one place to another. Along with, which people do Chau and Natua Dance, Darbari Jhumur also Bengali folk songs. 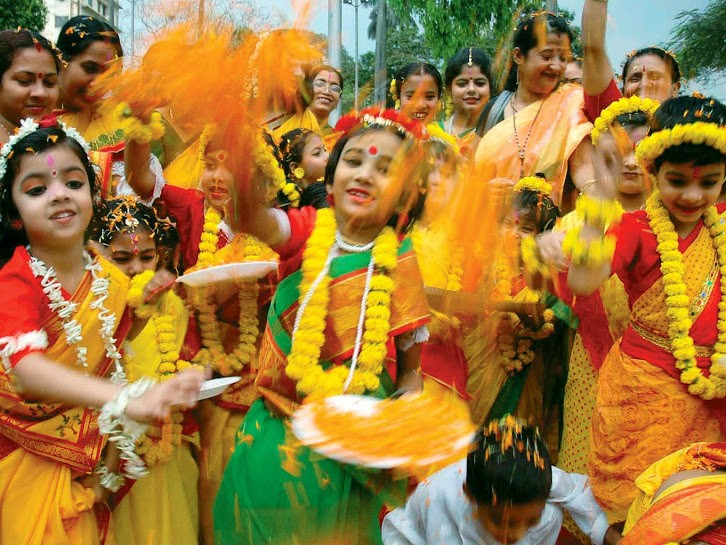 You will love to celebrate Holi with the locals of this district. Because every nook and corner of this place make you feel like you are diving in the sea that has nothing but sheer happiness and love to offer.

Shantiniketan also a nice place in West bengal to experince a good time of holi.

As Sikhs supposed to be the warriors not today but from ancient times. Started by Guru Gobind Singh Ji. Holla Mohalla celebrated every year in Anandpur Sahib in Sikhs’ style. In Sikhism, Not only a festival of flowers but warriors too. 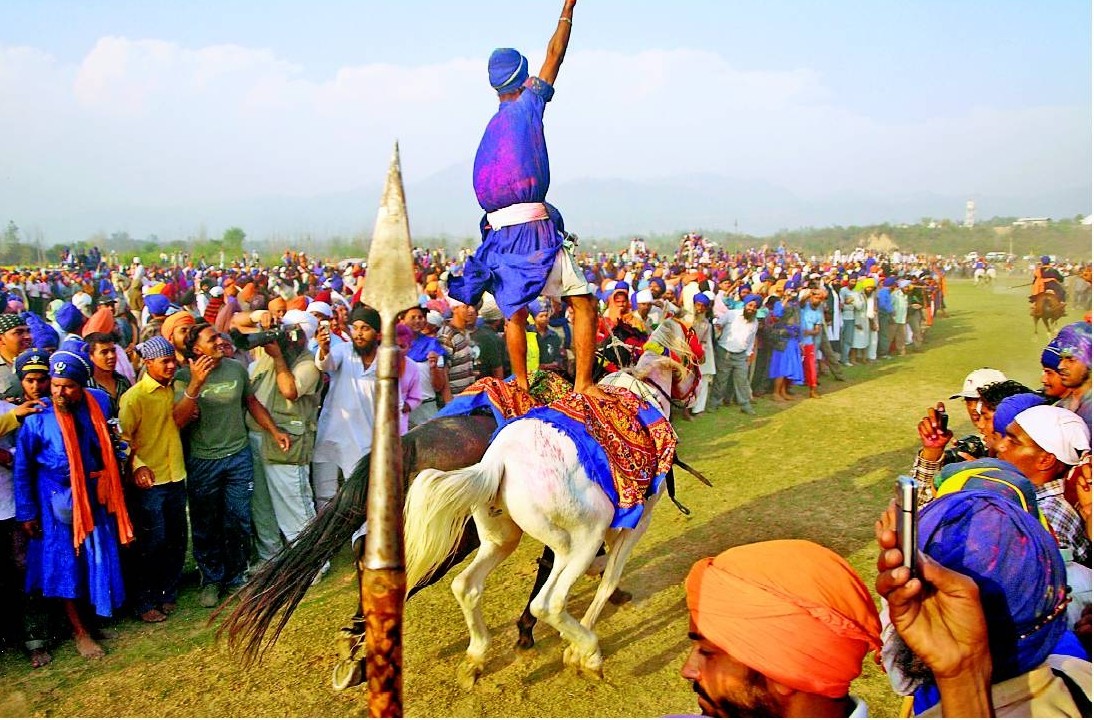 Due to which they play Gatka (martial arts), do wrestling and turban tying activities. Over and all, they reflect Sikhism in every step and activity. It gives so much pleasure to eyes watching those mock fights and peaceful environment even in the crowd.
Punjab Tourism offers a four day Hola Mohalla tour, including a farm stay.

In Udaipur, celebrated as a royal festival. In which Holika Dahan performed as a ritual where people lit the bonfire to destroy evil spirits. Any tourist will love to be a part of Holi celebrations organized by the royal Mewar family. 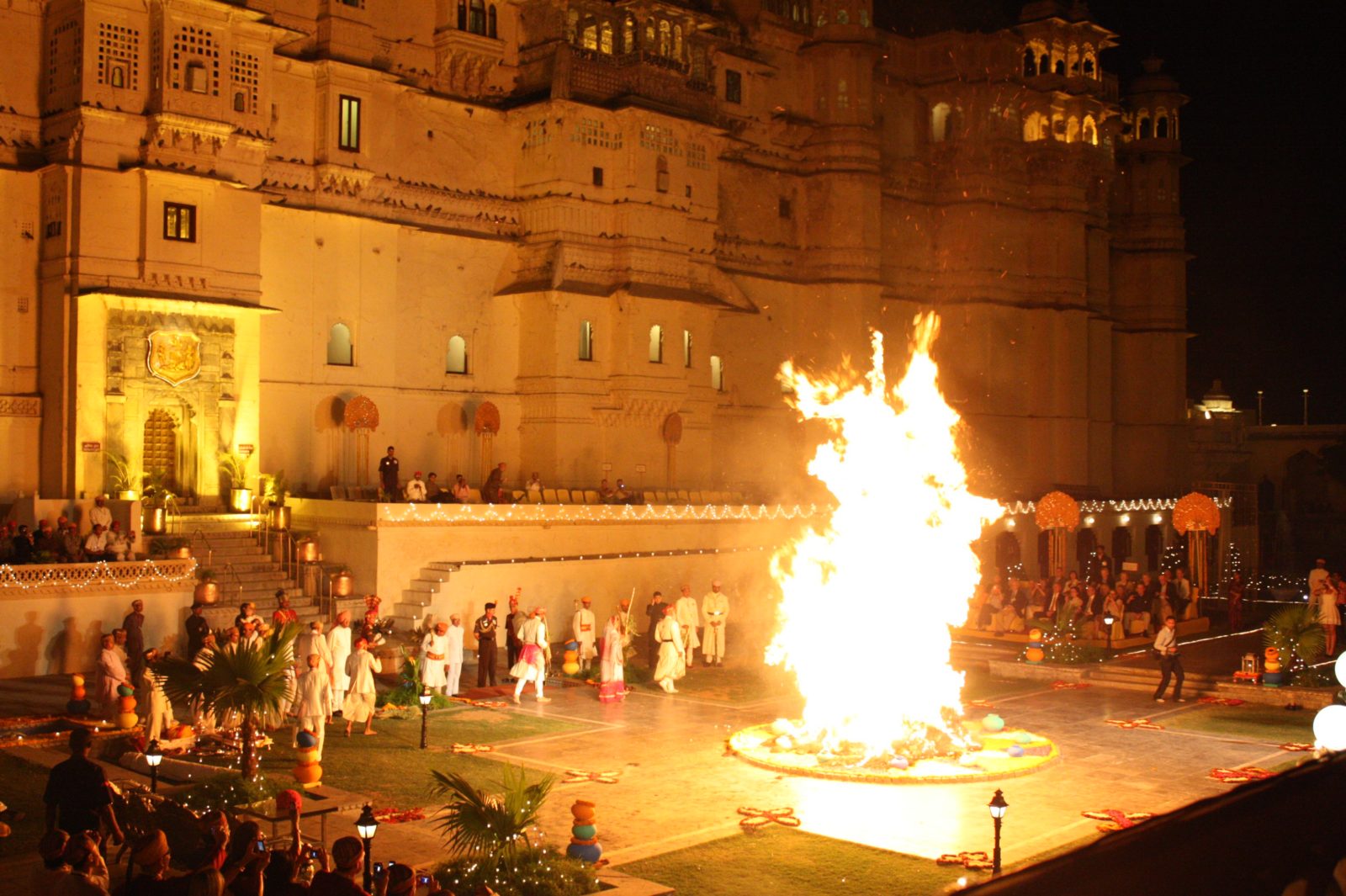 Where people walk from royal house to Manek Chowk (City Palace). Further, people lit the bonfire and you will enjoy watching the whole ceremony.

Dhulandi of Pushkar and Jaipur are great to go. visit more about Dhulandi of Rajasthan.

Some advice for celebrating Holi

Wear comfortable cotton clothes ,plastic shoes are good, or some people wrapped them in plastic bags before going out into colors. Put skin cream or oil around your bare parts of body. Almond oil or vaseline is a good to go. With the oil, it’ll be way easier to wash off the color afterwards. If you have long hair,tie them together or put them in a bun .

Besides the religious value, the festival also lends people achance to forget their differences and start on a fresh note by embracing each other. On the whole, Dhulandi or Holi in india a memorable experience for anyone who visits during this time.

So, where are you planning to visit this Holi for a compilation of candid memories? Choose Accordingly.